Envisioning Hope: The Story of the Chilean Arpilleras 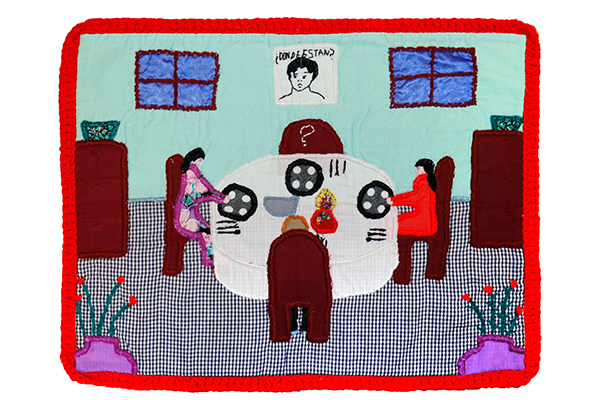 The poet, scholar, and activist Marjorie Agosin (Wellesley College) will discuss the current exhibit at the MSU Museum, Between Absence and Presence: The Aprillera Movement in Chile. This exhibition highlights significant works of popular art in Chile, known as arpilleras, created during the dictatorship and post-dictatorship period.

This important collection of arpilleras, dating from the early 1970s to the present, has been assembled by Dr. Agosin. She has worked closely for decades with women arpillera artists, helping document their stories and aid them in their continuing struggle for financial security.

Arpilleras came to international attention during the violent period of military dictatorship in Chile (1973-1990), under the regime of General Augusto Pinochet. Created by mostly working class women, these works commemorate family members “disappeared” by the military and security forces, and depict the difficulties of everyday life under martial law.

Register for Event: Envisioning Hope: The Story of the Chilean Arpilleras

Your ticket for the: Envisioning Hope: The Story of the Chilean Arpilleras

Envisioning Hope: The Story of the Chilean Arpilleras