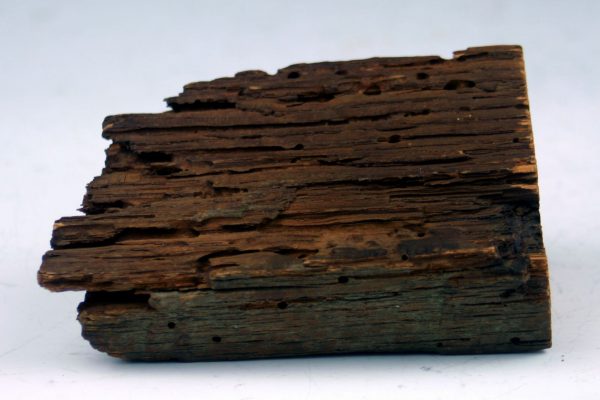 A Modern Day Cabinet of Curiosities was inspired by the world travelers of the 17th to 20th centuries who brought home souvenirs of their voyages in the form of natural history specimens and human artifacts that were seldom seen outside their native lands. A seashell or coconut, a Roman clay figure or a carved African mask could elicit great wonder in those who had never seen such things. These and other curiosities were brought home and displayed in the parlor in a glass-fronted cabinet. Initially they provided inspiration for the owners to regale their visitors with tales of their travels and treasures. However, some of the largest and rarest collections eventually served as the starting point for major public museums.
MSU Museum Curator of History Val Berryman was prompted to create this exhibition to showcase some of the more unusual items that he has enjoyed sharing over the years within the museum’s collections. These are the things that are seen by only a select few visitors, students, researchers or donors who have been given access to the museum’s storage facilities. Some pieces are so unusual that they don’t fit into normal exhibit rotations and therefore are seldom shown in the museum’s galleries. Other objects are outright fakes that we could not display as the real thing, and some items are still unconfirmed as to their authenticity. This exhibition attempts to give historical background and explanations for the existence of these materials.
Yes, we have the hairball
At least one of the pieces to be shown has been pictured in two books and a web site based on bizarre objects and mysterious sites in Michigan. The so-called “World’s Largest Hairball“ has inspired numerous pilgrimages to the museum’s storage facility to view this natural phenomenon retrieved from the stomach of a cow. Originally displayed by the Animal Science Department in MSU’s Anthony Hall, it was transferred to the museum collections in 1985 but has been on display only a few times since. The current exhibition will provide a rare opportunity to see this curiosity, to learn why hairballs form and to discover why it is no longer the world’s largest.
Because there are limits to how often museum staff members can give individual tours, many of the items being shown may not be seen again for some time. Sections of the exhibit include travel souvenirs and treasures, proving authenticity, fakery, oddities, and a “What is it?“ guessing game for visitors. Berryman’s “Cabinet of Curiosities“ runs through mid November in the Ground Floor Lobby.
The MSU Museum’s upcoming Chocolate Party Benefit, Feb. 26 at the Kellogg Hotel and Conference Center, benefits care and preservation of museum collections. “Cabinet of Curiosities“ serves as the theme for the culinary competition masterpieces.

Your ticket for the: Modern Day Cabinet of Curiosities