The Ritzenhein and Wilensky Collection 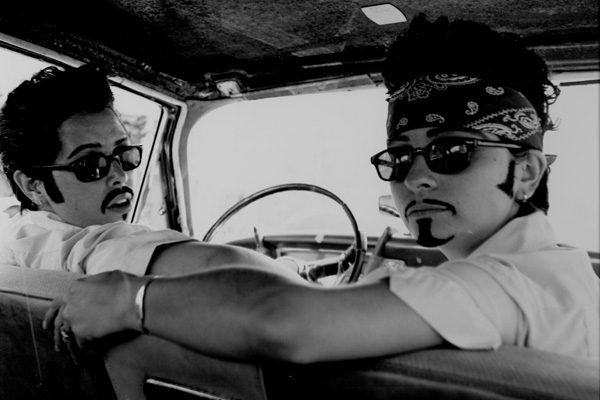 Mark S. Ritzenhein and Stephen P. Wilensky, MD met in 1982 and have had a wonderfully happy life together for thirty years.  They have traveled much of the world in that time, witnessing the wonders of all seven continents.  Love makes a family and is its true definition.
In 2012, they established the Ritzenhein-Wilensky Gay Collections Endowment at the MSU Museum that will serve as a resource to support collections care, outreach and enrichment activities of the MSU Museum to educate and increase awareness and acceptance within the MSU and local Lansing communities on issues of gender identity and sexual orientation and will utilize the LBGT-related collection donated by Mark and Stephen. This endowment is their gift to the community, to MSU, and to the wider cause of knowledge, understanding, and tolerance for all humanity.
It is the intention of the donors to be full and fully-welcomed members of their society and to eliminate fear, shame, and self-loathing that is a plague upon any and all human beings, and especially members of the LBGT Community as it constantly and socially evolves– a worthy and dignified legacy in itself.
Collector’s Statement:
I collected these photographs not only because I love the artistic medium but also because positive, self-affirming, and frankly honest reflections of what it means to be gay—socially, sexually, and psychologically–are mostly missing from general society.  My existence as a gay man, and our existence as a gay couple–has been continuously erased from behind by the rest of society—as it is for all LBGT people–by the sin of omission, tacit discomfort, and explicit hostility; by ordinary people, those in positions of leadership, and by politically-minded opportunists.  Even today, when so much has changed socially, underlying social embarrassment and discomfort still rule the day.  Ask yourself how many gay billboards one sees in any community from here to NYC, how often one sees a major Hollywood film on a gay theme (still about one per decade), or how often one must read between the lines for the plain factual truth about a gay couple featured in the newspaper style section–of all places.
Since this personal collection is photographic rather than painterly, it suggests a need in myself to create a positively-gay literal reality with which to surround myself, as least inside our own home.  Our home has always meant a refuge to me, so it would not be imprecise to state that these images also prove themselves as refuges from a largely unaccepting world.  Besides that, they are a simple recording of a society largely hidden from the mainstream.
–Mark Ritzenhein

Register for Exhibition: The Ritzenhein and Wilensky Collection

Your ticket for the: The Ritzenhein and Wilensky Collection

The Ritzenhein and Wilensky Collection