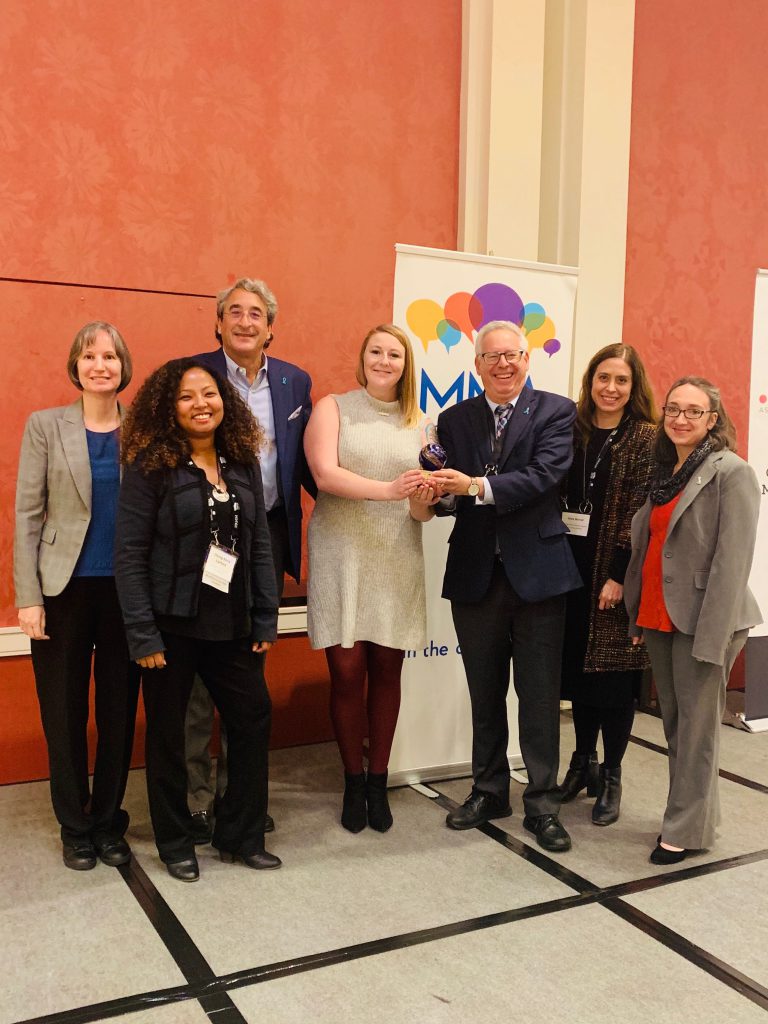 Michigan State University Museum’s “Finding Our Voice: Sister Survivors Speak” exhibit was awarded the 2019 Peninsulas Prize last week for its impact and exceptional programming by the Michigan Museums Association. The award is presented each year to extraordinary programs, exhibits and individuals that made an impact during the year at the association’s annual conference.

“Our entire campus community is very proud of the effort put into this unique and meaningful exhibit,” said MSU President Samuel L. Stanley, Jr. MD. “The significance of both the exhibit and the collaboration of those who put it together is not overlooked by the university. I’m proud to see others are recognizing the specialness and significance as well.”

The exhibit, which opened April 16 and co-curated by sister survivors and their allies, was inspired by hundreds of teal ribbons tied around campus trees as tributes to the survivors. The exhibit chronicles the continuing struggle by the survivors to call public attention to sexual violence and to promote dignity, healing, and positive transformation locally and globally.

“The MSU Museum is deeply honored and humbled to receive the 2019 Peninsula award from the Michigan Museum Association. “Finding our Voice” emerged out of a close collaboration between the museum staff and the many sister survivors who generously placed their trust in us, at a time when they had little reason to trust anyone at the university,” said MSU Museum Director Mark Auslander. “This award honors all members of the Museum’s Survivors and Allies Advisory Council, and serves as testament to the courage, strength and resilience of all survivors of sexual violence, near and far.”

The exhibit will be on display through March of 2020.

“The exhibit is so important to see because it truly helps raise awareness on such a taboo topic,” said Amanda Smith, a sister survivor and community co-curator. “The more people are willing to have an open dialogue around sexual abuse the more aware each generation becomes on how to help prevent it.”